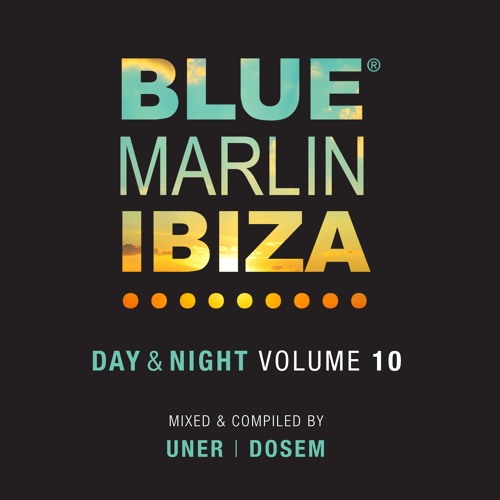 The tenth edition of the Blue Marlin Ibiza compilation series is a sophisticated collection mixed by Uner and Dosem, featuring cutting-edge tracks from the international house and underground scene. Blue Marlin Ibiza stands as one of the most avant-garde spots on the island, a defining location in forming the glamorous Ibiza lifestyle scene. Not only a daytime spot but going right through to the evening, Blue Marlin Ibiza becomes a late night venue with live music as well as showcasing some of the finest international DJs. Uner and Dosem have been regulars at Blue Marlin Ibiza for the last three years, artfully bringing guests from a smooth daytime lounging to an upbeat evening glamour. Dosem has five confirmed dates this summer, with his first show on Sunday 5th June alongside Infinity Ink. The grand opening held back on the 1st May was hosted by none other than Uner and Nic Fanciulli proving to be a killer event to kick-off the season. Uner has also been confirmed for the closing party in addition to four summer dates. CD1 is mixed by Uner, one of the most prominent names in the new generation of Spanish producers who earned the respect of the most influential DJs in the industry, also renowned for a unique audiovisual live act. CD2 comes from fellow producer Dosem, his exploration within the deeper aspects of techno have led to his recognition as one of the fundamental artists in the Spanish underground arena. The array of deep tech dance tracks across the compilation comes from new talent and big names alike and it is a musical journey at the forefront of the underground and house music scenario to suit any crowd in Ibiza and beyond. Blue Marlin Ibiza, your scene.