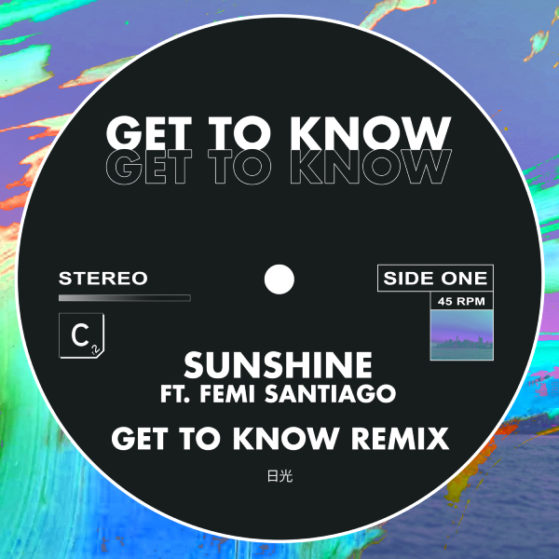 Sunshine (Get To Know Remix)

by Get To Know

Right off the bat with his soulful, rhythm based groove in ‘Sunshine’ featuring the vocals of Femi Santiago, UK DJ & Producer Get To Know quickly unleashes a Disco inspired remix that is packed with catchy bass licks, shuffling hi-hats, old school funk-esque guitar hooks that constantly builds on a variety of climatic keyboard solo’s – this one proves to be more essential dancefloor dynamite following The Reflex’ remix of the same record, released just weeks prior.