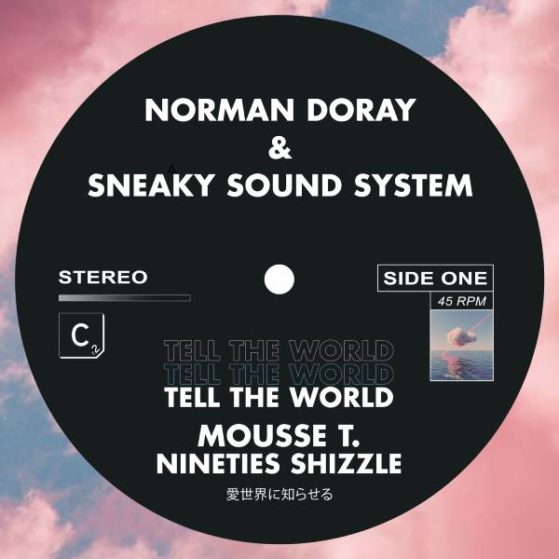 Following the release of Norman Doray and Sneaky Sound System’ House banger ‘Tell The World’, the track goes from strength to strength, becoming one of 2020’s finest anthems which continues to attract support from the likes of Diplo and Fatboy Slim alongside key tastemakers including BBC Radio 1′ Mistajam, Scott Mills and Jordan North.

Arriving with a remix for ‘Tell The World’, Mousse T does what he does best – expertly blends disco and house music with gripping basslines and threads of formidable beats to create what will undoubtedly be one of the year’s hottest properties.