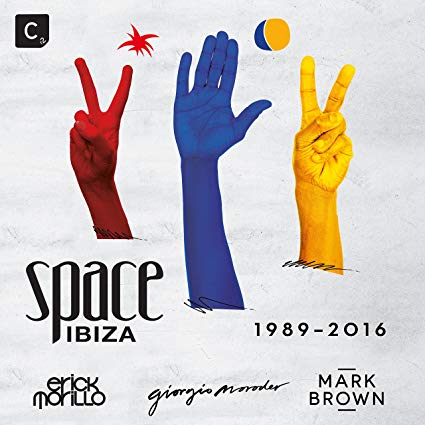 Space Ibiza, one of the most famous clubs in the world, has closed its doors for the last time after a 27-year reign. From 1989 – 2016 it set standards for dance music and clubbing and established the careers of many of today’s household name DJs. Cr2 Records now commemorates this momentous club and pays homage with the official 3 CD Mix and download compilation. The package contains 3 varied mixes from the industry’s key players that reflect the atmosphere and mood of its dance floors, including the legendary main room and the famous terrace. It all began when club visionary Pepe Rosello first launched the club in 1989 and who was to know what he was about to create. Over the years Space Ibiza became an institution, a mighty one with its influence spanning three generations of clubbers. Remember this is the place where clubbers first famously cheered every arriving aircraft that used to roar above their heads on the famous terrace. This was to become one of Space Ibiza’s defining features. Cr2 celebrate the venue by delivering a specially curated mix from some of the most significant DJs that have played to its dance floors. Sensationally Giorgio Moroder comes forward with big news. He is the man credited with single handedly inventing electronic dance music, the same man who launched the career of Donna Summer, collaborated with Daft Punk and of course was a Space Ibiza regular. He brings us a window into his musical world with this compilation mix. His first ever DJ gig was at 73 years old, now at 76 he delivers his first ever compilation in his long profession. His mix is a sublime collection of disco inspired tracks featuring releases from Joey Negro, Cerrone, Alexander Robotnik and of course Giorgio himself. Erick Morillo delivers another timeless mix to this collection. Erick himself has been a long standing feature in the lifetime of Space. Previous to his super star DJ success, Erick could be found at Space, DJing behind the bar on the legendary terrace and playing some of the best sets of his life. His mix reflects the moments that he enjoyed at the venue in a bouncy vocal house, main room style. Listen out for the brilliant ‘Barrump’ by Claude VonStroke, longtime friend to Erick – Harry Romero drops ‘RUDE’, Dennis Ferrer gets an inclusion with his instant classic ‘Hey Hey’ (DF’s Attention Vocal Mix) and The Martinez Brothers ‘Stuff In The Trunk’ (feat. Miss Kittin). The final and third mix comes from the owner and founder of Cr2 Records Mark Brown. Mark has been a long-term supporter of what he would consider ‘One of the most important clubs in the world’. With years of experience both attending the events as a clubber then rocking the dance floor as a headlining DJ, Mark understands the musical ethic of Space perfectly. Marks mix includes Kings of Tomorrow ‘Finally’, Booka Shade ‘Manadarin Girl’ and Eric Prydz and Steve Angello ‘Woz Not Woz’. Space Ibiza: 1989-2016, celebrating 27 years of the most iconic club in history.